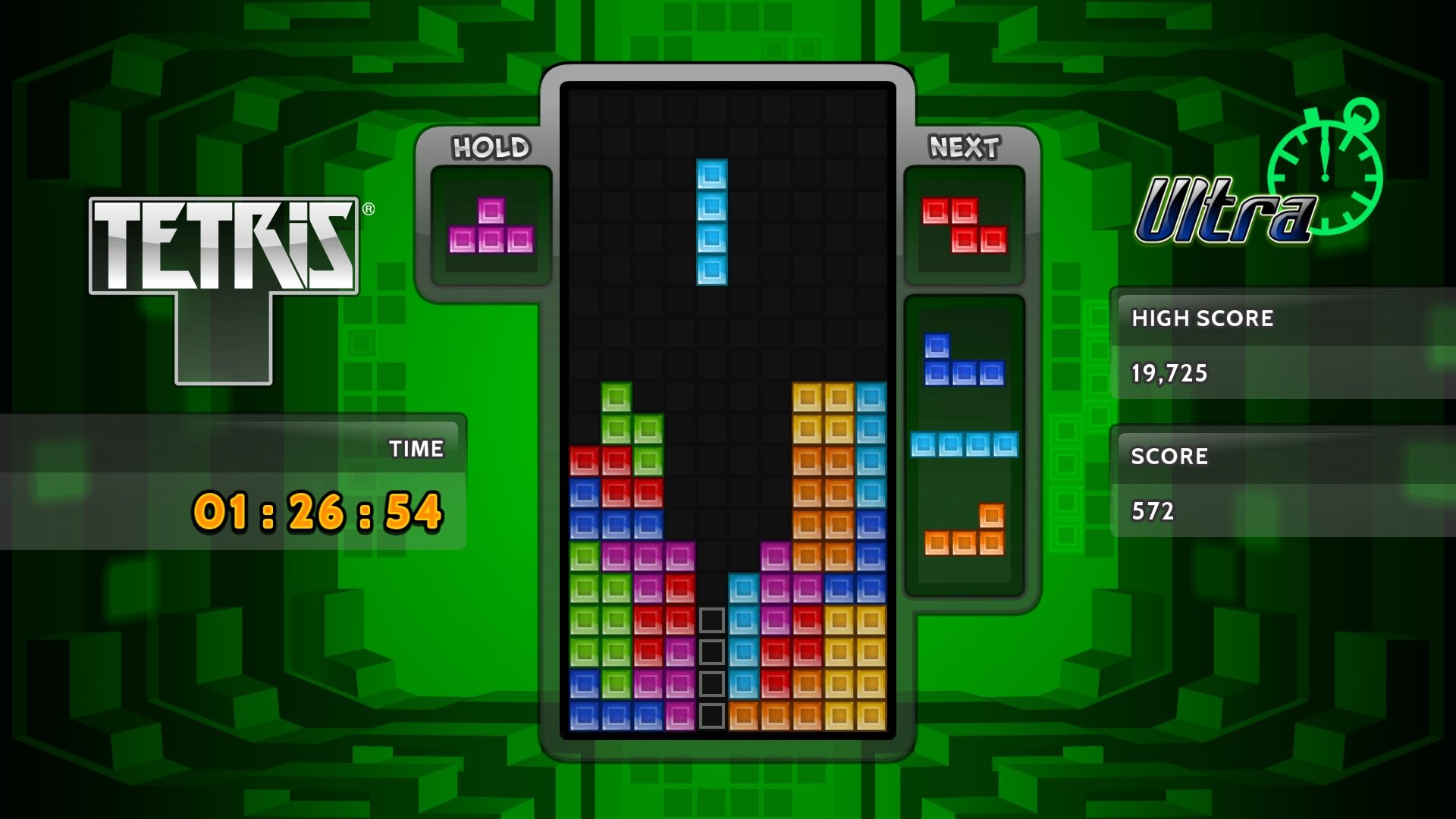 Back in 1993, Nintendo released Tetris 2 for the NES home console, a sequel to the legendary classic Tetris video game that was a worldwide sensation and will be regarded as one of the best titles of all time for decades to come. As 1993 was a very late period in the life cycle of the Nintendo Entertainment System, it could be conjectured that this particular cartridge was just a shallow attempt at earning some quick revenue by recycling a vastly popular name. Whether this was truly their intention or not is debatable, but in either case, the cart is almost universally acknowledged to be notably inferior to the standard-setting original. Along with the modern, the Level 30 League Account can be purchased in the retro mode. The games can be played with black and white background without the visual effects. It will guide the players about the video games of the retro time. 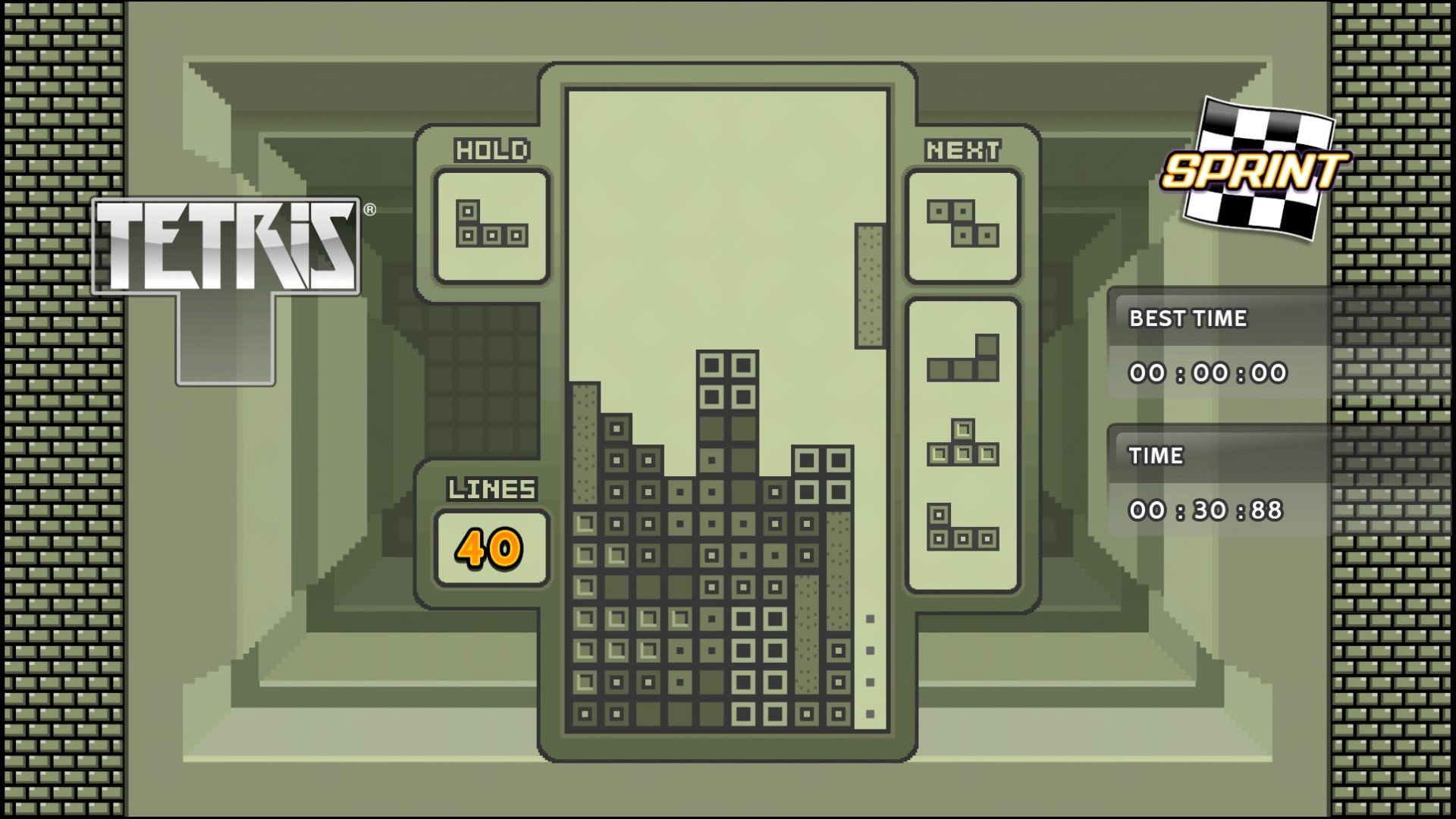 Rather than compose horizontal lines of dropped shapes in the field of play as in the original Tetris, the sequel Tetris 2’s goal is to eliminate the key block from each of three colors: Blue, red, and yellow. Much like Dr. Mario, each round begins with some blocks already in play, which must be eliminated, and each round has successively more to get rid of. The player can either go right for these shiny blocks to get rid of the like-colored units, or churn through the pieces one-by-one as is necessary to an extent on later levels.

Blocks are gotten rid of by connecting three blocks of the same color; again, much like Dr. Mario. This time, though, rather than pills, the tetrad shapes of the original Tetris return, with a couple of key differences; each single-block unit of the shapes is composed of one of the three colors, which must be carefully manipulated in order to drop onto desired combinations of coloring, and there are special shapes with blocks only connected by a corner to the other parts of the shape. In these cases, if the bulk of the shape impacts first, then these small one-block shapes break off and can be independently controlled.

There is also a two-player mode, in which all the blocks are required for removal rather than just the key ones; the key ones, instead, when eliminated, cause the other players’ vertical limit to be reduced, making successive shapes fall into the playing field at a lower height, and reducing the ceiling allowed for playing room. There is, additionally, an option to play the computer. Whether playing the one-player mode, two-player, or against the computer, settings for speed, starting level, and background music can be changed.

The charm of the original has been removed. Gone is the subtle Russian cultural tinge, gone are the cameos from Nintendo franchise characters, gone is the perfectly subdued background imagery, and gone is anything resembling a high-quality puzzle game. Instead, we are treated to loosely Aztec/Egyptian imagery (?!) which boils down to animal-themed stick-figure hieroglyphs that look lazily drawn. The pieces no longer have that distinct crisp, clean feel, with entire hue-theme changes as levels progress; no, you get the pleasure of enduring the same three childish primary colors throughout the entire experience without exception. Lame. 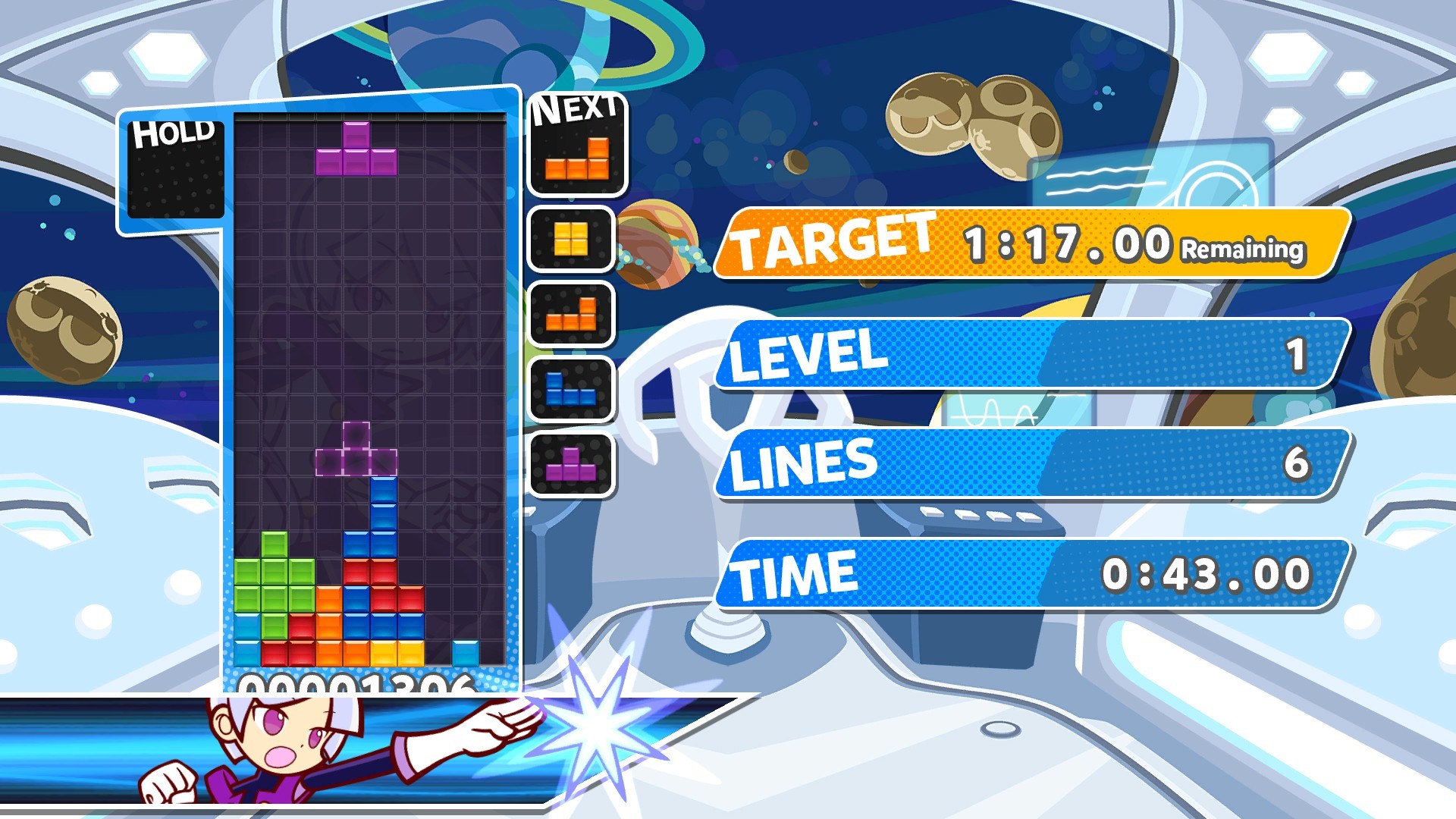 Forget the eternally renowned masterfully composed background tracks of the original Tetris. In their place are three overly generalized, far-too-“boopy,” stupid tunes that barely qualify as background music. The sound effects are minimal, so do not expect an awesome chime or sound of success when you execute a sweet combo or a Tetris – oh, but there is no tetris move to do anymore.

This entire video game feels like a cheap rip-off of Dr. Mario with an added gimmick or two that vomits all over the legacy of the original, perfected Tetris. It simply is an inferior game that fails to follow the adage of “If it ain’t broke, don’t fix it.” This game, indeed, attempts to “add” to an experience that was sublime; in making it slightly more gaudy and complicated, it instead feels watered-down and a waste of time. There is not even a one-player marathon mode. This yawn-worthy sequel gets two stars out of five, and is lucky to get that.